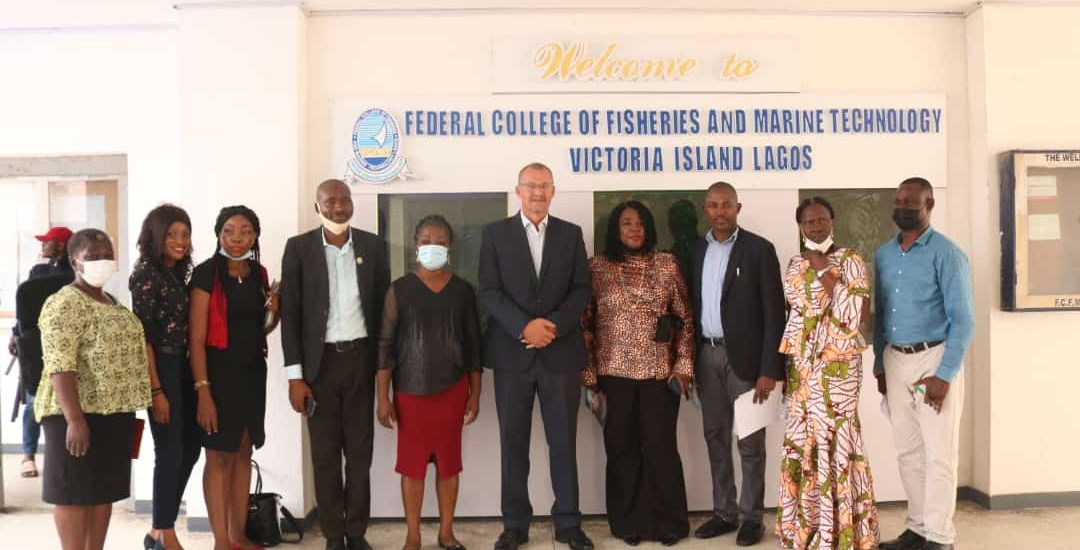 On the 17th day of May 2021, the Managing Director of Josepdam Port Services Mr. Simon Travers responded to a call for Patronship by the Maritime Transport Management Department of the Federal College of Fisheries and Marine Technology (FCFMT) situated at Victoria Island, Lagos.

The MD and his crew from Josepdam were given a warm welcome by the Registrar Mrs N.L. Agholor, Deputy Provost Mrs A. A Adebowale, Acting HOD Mr John Okeleke and other Management team members of FCFMT.

In the course of this event the Institute appreciated Josepdam for their immense support in the past and further appealed for Partnership with the Terminal Operator. It is believed that this Partnership will not only foster their existing relationships but also help in the development of the Institute and its students.

In response to the Institute’s request, the MD of Josepdam acknowledged their appreciation and request, assuring them that Josepdam remains open to support the Institute in areas such as Industrial Attachment, Workshop and Excursion for undergraduates while stating that Recruitment of their graduates may not be feasible for now due to the effect of the economic situation on the business however the absorption of qualified graduates may be revisited in future when things get better.

The MD and his team were taken on a tour at the Institute where various facilities such as the Computer room and Library were seen.

In addition it was an interactive, informative and educative meeting with the students. While the Public Relations Officer (PRO) of Josepdam gave an overview of the company, the MD addressed the students.

The event came to a conclusion with vote of thanks by student President Ruth Maduabuchi.

The entire Management team and students of the Institute paved good bye while thanking Josepdam’s MD and his crew for visiting as they look forward to seeing them again.